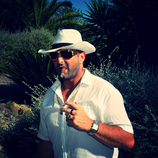 LA-GROOVE is a successful record label.

"LA" stands for Los Angeles and "GROOVE" refers to a wide variety of music creations and productions ranging from electronic and dance music to hip-hop, rock, and pop music.

The man behind this label is Maxx Scuti, an Italian American music producer. He usually stays in the background, very rarely gives interviews, and prefers not to be mentioned by name at all; yet he can look back on tremendous success around the world and several famous chart hits.

Together with his team of experienced producers, the ex-DJ constantly generates new and exceptional ideas that not only give rise to unique musical creations and sounds. The overall concept also includes accompanying videos produced in his own film studio. Maxx Scuti has a worldwide network of arrangers, producers, DJs, and artists that he regularly communicates with and collaborates with on productions. He works in the U.S. as well as with colleagues in Spain, South America, Germany, Sweden, Italy, and France. That is why he is frequently in Europe. His music factory has now created a new sound, a new genre, a new project that has already received incredible recognition and is in high demand even before being released. Using the slogan “electronic meets guitar,” music producer Maxx Scuti, who was once an active deejay himself, is now releasing the worldwide club hit “Hey ya” by “A2ACE feat. K-Kanayo” in Europe. 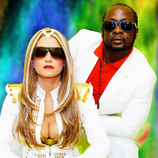 A2ACE is a modern music act consisting of two experienced artists known around the world who call their style of music “electronic meets guitar.”

In the United States and South America, A2ACE hit “Hey Ya” triggered absolute hype among both DJs and the public. The song “Hey ya” has a message! It offers people what they always want: fun, love, peace, partying, and happiness. A2ACE “Hey ya” has been catapulted through the galaxies and is on its way around the universe traveling at supersonic speed.

Thanks to “Hey ya,” A2ACE has meanwhile achieved galactic popularity as well as what many space scientists have always longed for: contact with other forms of life in outer space. :-) They are well known throughout the entire universe, because everywhere people sing and dance to the sound of “Hey ya.” A galactic super hit for every club, every party, every planet.